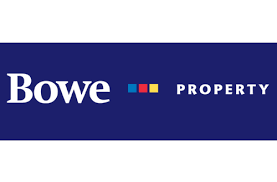 Increasing prices will not resolve current issues in the Property Market

As the year comes to  a close, it’s a more than uplifting sight to see that property prices are rising

at a fairly consistent rate, with properties in Dublin rising roughly 15% throughout the year, with some parts even rising as high as 20%. However, it’s worth considering they’re rising from a very low setting – for most properties, over 50% below the market peak.

Outside of Dublin, house prices are also raising by about 8%.over all. This should invoke confidence into most homeowners and encourage first time buyers to normalize their choice in property, something which Ireland, among other places, has lacked for over six years.

It really has been too long that the property market has been out of sync, with many house sales, especially at the top end of the market, being carried out by banks and receivers. Even many sellers were bullied into selling their properties by the bank

Sales which originated as receiverships can be very straight forward; however it is not an irregular occurrence for Sale Agreed properties to fall through at the receiver’s decision that it may not be time to liquidate the asset. And when owners are being bullied into selling by the bank, the initial asking price can be too high as they are in denial as to how low the price of their property has sunk.

This all leads towards the process of selling your home excruciating for the average buyer, who are just out to find their new home. Regardless of whether the economy is booming or busting, this doesn’t change. People are constantly starting and growing families, pursuing different careers or looking for a change of scenery.

The market has developed to the point where it no longer accommodates this type of normal activity. The lack of supply in capital is driving prices upward by sellers opening up to a wait and see method, as well as the people who are incapable to move due to being stuck in negative equity. Mortgage approval continues to be unordinary. Since 2006, mortgages have gone down by roughly 8000 per annum for first time buyers.

Meanwhile, wealthy, cunning investors are picking up prime properties at surprisingly low prices. The rental market is rising due to a shortage of available properties, which has driven the price of renting up by over 7% in Dublin alone..

The big question which repeatedly arises is whether or not the market will be over flooded as the houses repossessed by the bank are put on the market.

Most likely not, would by the most common answer. For starters, people who sell their house, still need a place to live whether they are to be tenants or homeowners, so essentially they are just moving ownership. Also, there is little proof as of yet the banks want to sell these massively discounted properties as of yet, with massive losses to their balance sheets

There may need to be new homes build of course to meet population requirements. This year, around 900 new homes were built in Dublin.

Calls for the Government to intervene with the residential property shortage have been viewed as radical as we struggle to pull ourselves from the worst property crash Ireland has ever suffered. However, as the banks ave been slow to address the mortgage arrears issue, the problem will not be solved instantly.

People have suggested that empty nesters downsize, potentially easing pressure on the family home market and assist land owners in developing their land for building.

The momentum generated around the rising prices needs to be supported by a strategic approach the population’s housing needs at entry level. Otherwise, the market will again begin to decline and normal home buyers will be caught in the middle of the absurd property choices they are entitled to expect.

It would be a shame to have made so much progress this year, to only step back in 2014 due to inaction.